Showcase your rides here. Read "Picture Help" to find out how to host your pic's
Post Reply
15 posts • Page 1 of 1

This is more of a showoff than a project thread. It's the only Piazza on the road in Norway at the moment.
This is the car I ride in these days: Used to be like this when i bought it Looking good there Piazzish. There doesn't appear to be any rust on this one. Great job on the resto. Where did you find the lower eyebrow/infill panel below the headlights? I know you had problems locating one in one of your earlier posts.
Top

Thanks!
The car still has the wrong grille. It's from a turbo with the standard headlights.

And yes, I'm really glad I have found a car this good when it comes to rust.
As i did show you guys in another thread, cars here do rust! The roads here have huge amounts of salt in the winter. Way too much.

This car did sit unregistered in a garage from 1993 to 2003 I've been told. Don't know why, but I think the car is this good thanks to that.

Mabye this car will be painted etc in the future, but first I've got to get my two other projects done. They are screaming for help

hmm nice car, i like the color of you car because its looking very nice... you have a pretty clean car.. but you didn't share the interior photos, can you please took some shots and share them.. thanks for sharing these photos..
vehicle wheelchair lifts
Top

So, its been some years since the last post here, I still have the car, no plans of selling. Piazzas are unique and beautiful cars!

late 2014 to mid 2016 the car has been off the road due to other priorities. Got it registered again in 2016, has done some roadtrips since then with no problems

The propshaft support bearing rubber was shot. I sent my old one to a axle company, and they made a "rubber vulc" around a new bearing, from mercedes 190, wich uses a similar one. Not the same bearing as the turbo piazzas..

New one back in place.

I did some cosmetic work on the left front fender/wing. Sand blasted the rust and repainted it. also did weld around the turn signal light.

Heater matrix has been leaking coolant on the floor carpet from day one in my ownership. I took off the hoses to avoid the leaking when i bought it, and never did fix it until now. about time haha
Carpet and dash out, then the heater unit. Luckily for me, I have a spare unit!!
Carpet also gets a wash.

The one on the right is the "new" working unit, comes from a 89 turbo.

This handle cas cracked, had a spare one among my parts

new one fitted on the photo.

The roof was a bit burnt, time to fit a new roof lining

I have tons of pics, so here it goes(why not 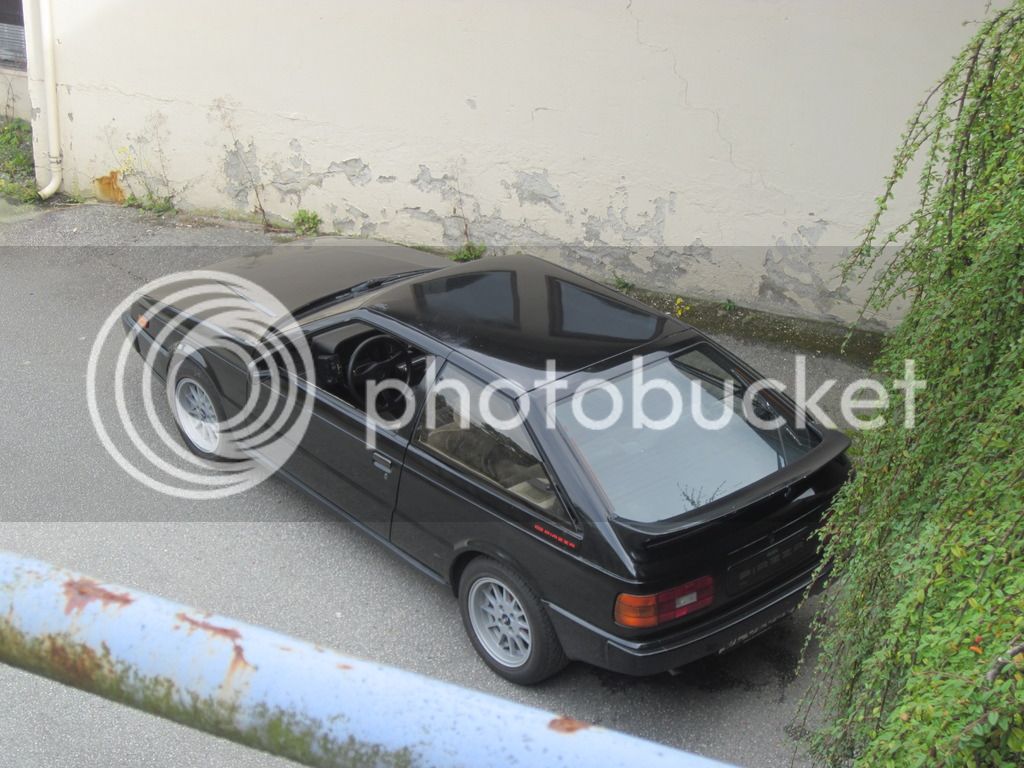 Also did this video recently showing a bit more detailed tour of the car https://www.youtube.com/watch?v=52A4AL9SDY0&t=352s

Some cool pics you have there. The Nurburgring track would have been an awesome experience, and loving that 80’s retro tracksuit while talking on that car phone

You still the only Piazza owner in Norway?
Top

Thanks.
The Nurburgring is epic, it almost becomes an addiction, its a place i can never get enough of ! ive been 4 times. such a shame its relatively far away, about 18 hours to drive from me, with one ferry in there.